Meet the Chief of Police

A life-long native of Hagerstown and sworn HPD officer since 1992, he has served as patrolman, field training coordinator, patrol supervisor, criminal investigations supervisor, patrol sector commander, commander of the Special Services Bureau, and Acting Chief of the Hagerstown Police Department from September 2015 to June 2016. 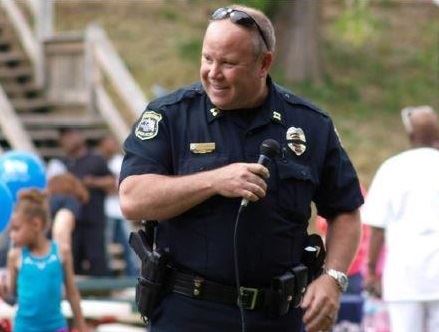 Kifer believes in community policing, with HPD officers forming strong relationships with all communities within the city. Although arrests obviously need to be made, Captain Kifer recognizes that police cannot simply “arrest away” all problems. Therefore he also emphasizes problem oriented and community oriented policing theory.  He believes that the role of the police is to be guardians of the community.

Kifer’s outreach philosophy extends to all neighborhoods and communities; all races, nationalities and ethnicities; all sexual preferences. An executive board member of CASA, the Maryland Diversity Center, and the Homeless Coalition, he remains an ally to everyone in the community -- open and accessible to all.

Likewise, he believes the Hagerstown Police Department must reflect, in composition and outlook, the population it serves and protects. HPD actively recruits police candidates from all groups and communities.

He also believes in data-driven policing, formulating methods and operations based on analyzed historic data and gathered intelligence sources. He believes in the “Compstat” model, matching data driven policing with city, county and state and federal entities and resources to address Hagerstown’s problems.  This includes allocating police resources to high priority offenders and criminal networks, who initiate much of Hagerstown’s crime, as well as simple nuisance matters which may grow into safety or criminal situations.