The City of Hagerstown is currently accepting CNS Proposals on the Alms House.

The former Washington County Alms House (or "poorhouse") sits at 239 N. Locust Street. The City purchased the Alms House in 2004 and would like to see the property re-purposed to support the neighborhood. The Alms House previously served people in the community who were unable to provide for themselves or were confined due to mental illness. Although there is no conclusive proof, it is generally believed that the Alms House property was briefly used as a Confederate army hospital during the Civil War, and Union and Confederate soldiers were buried at the Alms House cemetery, just up the street. Their bodies were later exhumed and re-located.

No drawings of the property are currently available. 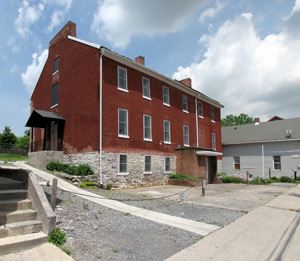 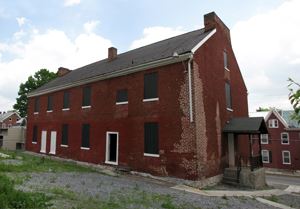