The City of Hagerstown is honored to be recognized by the League of American Bicyclists
with the distinction of being a “Bicycle Friendly Community---bronze level”.  This award is presented only to communities with remarkable commitments to bicycling. Since 2002, the program has accepted over 700 applications for designation and there are currently only 326 Bicycle Friendly Communities in 50 states. We are very proud of this accomplishment. 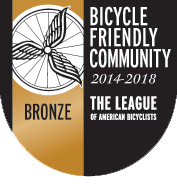 The City of Hagerstown promotes and facilitates bicycling as a safe, convenient and comfortable mode of transportation and recreation in Hagerstown. We continue to develop ways to integrate bicycles into our existing infrastructure to improve bike riding safety and create a multi-modal transportation system.

Hagerstown has great potential to be a City where many people ride bicycles everyday – for both commuting and recreation purposes.  There is a high level of residential development within two to three miles of the City Center business and commercial district that could be served by a safe bicycle network.  Bicycle traffic is usually generated where residential areas are close to accessible destinations. In addition, accommodating additional population growth means more automobiles and the need for additional parking. Providing a safe and effective bicycle transportation system can help reduce the number of vehicles on streets and the need for more parking.

Nationwide there is a strong movement toward developing urban bike routes, and dozens of urban areas have prepared and implemented Bicycle Master Plans. Americans are realizing that travel by bike has several benefits, including:

Of course, urban bicycling does come with its own set of challenges. Watch this video for advice on how to ride safely on public streets:

The Maryland State Highway Administration has prepared a Tips for Safe Bicycling brochure, and you may also view a video titled "Competence & Confidence:  a Bicycling Guide for Adults".

The BMP seeks to make Hagerstown bicycle friendly and promote bicycling by constructing a comprehensive network of bike lanes and routes.  The BMP comprehensively evaluates the City and provides recommendations for an extensive bike network.  This plan also emphasizes safety, education, and encouragement programs as key components of success.

A new BMP was developed in 2016 and updated and built upon the BMP completed in 2010. The City obtained vital input from the community through a public survey as well as a public meeting on April 6,2016. These comments were reviewed and, as appropriate, embedded in the final Bicycle Master Plan document. The final plan is available here for your review, use and sharing with others. The City Council approved the plan on May 24, 2016. Please call the Engineering Department at (301)739-8577 ext. 125 if you have any questions, or email the City Engineer Rodney Tissue. 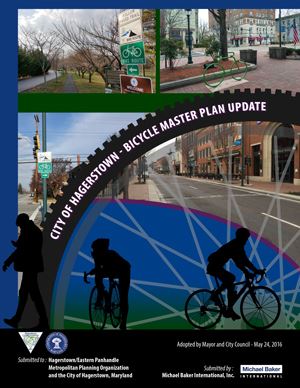 On January 15, 2014, the Maryland Department of Transportation published the "Maryland Twenty-Year Bicycle & Pedestrian Master Plan", which establishes a long range vision to support bicycling and walking as modes of transportation for Maryland residents.  The goal of the plan is to provide guidance to promote bicycling and walking as elements of the State's multi-modal transportation network. The plan and its appendices can be accessed through the link above. 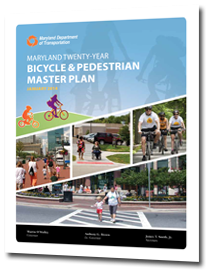 The Fourth Edition of the Hub City Bicycle Network Route Map has received wide acclaim as being a helpful and easy to follow map of the bike routes, bike lanes, multi-use paths, and other suggested bike-friendly routes in the City.  The map shows points of interest and the more than 20 bike racks at public locations thorough out the city, including many in the City Center, at City Parks and public gathering places.

The map also shows the “Hub City Bike Loop”, a signed 10-mile loop around the City. The Loop starts and ends in Fairgrounds Park and utilizes both on-street bike lanes and multi-use paths.  The loop connects beautiful neighborhoods, City parks, and points of interest as it traverses counterclockwise around the City.  In May of each year, several organized rides of the loop occur including the “Ride of Silence." 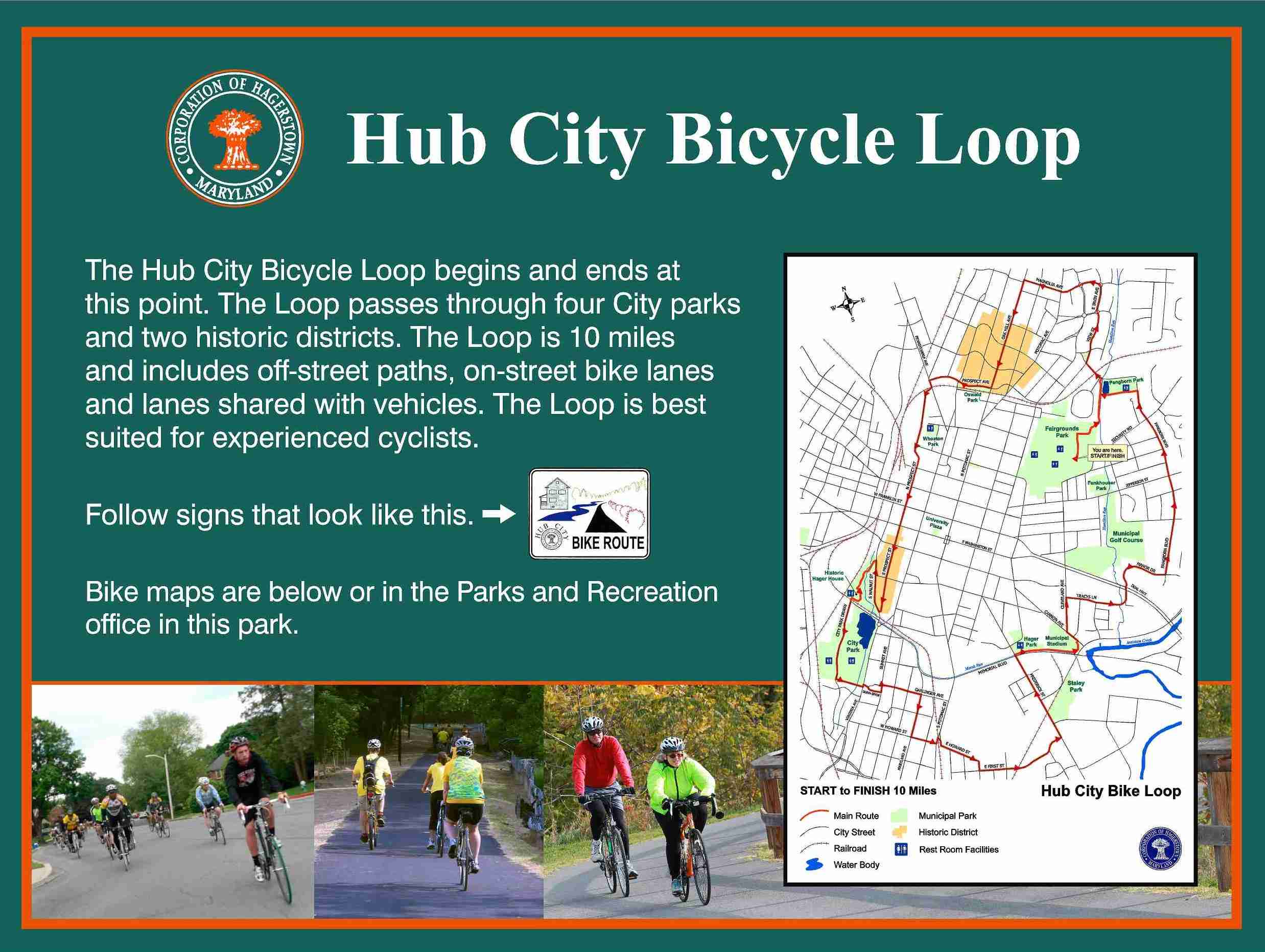 The City endorses the planned “Civil War Railroad Trail” that would begin in Hagerstown and continue 23.4 miles to the Weverton area of the Chesapeake and Ohio Canal.  In partnership with Washington County and the State of Maryland, this long term project would be an economic, recreational, and transportation asset to the community. The City Council endorsed the plan in February 2012. Click here read a fact sheet of the proposed trail or visit the Civil War Trail Facebook Page.
TRANSPARENCY PORTAL
City Financial Snapshot
ONLINE SERVICES
Pay Bill/Check Permits
CITY GIS MAPS
View
PARKS & RECREATION
Find Out More