Loading
The City of Hagerstown Fire Department, like many other departments, is steeped in tradition. The department dates back to the 1700's with the establishment of the United Fire Company. The department has seen significant advancements in it's firefighting equipment- from the early bucket brigades and hand-pumpers to the modern fire apparatus in service today with firefighters outfitted with advanced personal protective equipment and SCBA's.

There were several companies in existence that preceded the six companies that exist today. These companies include the aforementioned United Fire Company, formed in 1791 and disbanded in about 1814. Other early Hagerstown companies were the Washington Mechanics Fire Company, Franklin Union Fire Company (predecessor to the Independent Junior Fire Company) and the Columbian Chemical Fire Company.

Until about 1895, the Hagerstown Fire Department was an all volunteer fire service. It became necessary to start the transition to a combination volunteer-career system, which continues to be the case in the 21st century.

There are many things that have changed in the over 200 years of firefighting in Hagerstown, however, there are a few things that will never change- our dedication to the citizens and visitors of Hagerstown, our courage in the face of adversity, and our desire to continue to make Hagerstown the best place to live, work or visit.

The Hagerstown Fire Department serves the citizens and visitors of Hagerstown, MD and the communities immediately surrounding the City.  The City fire department is a valuable all hazards public safety asset ready to respond at a moment’s notice. The department provides services such as fire suppression, rescue, hazardous materials response, emergency medical services, as well as, many non-emergency services.

The Hagerstown Fire Department serves a first due area of 12.17 square miles with a population of approximately 40,000 people.

We operate out of six strategically located fire stations throughout the City. The City maintains (5) Engine companies and (2) Ladder companies, each staffed with a minimum of 2 career firefighters. Several companies also have active volunteers that supplement staffing when available.

Career staffing is split among three shifts, also referred to as battalions, with each shift having at least 15 personnel working. These shifts are led by a Battalion Chief and a Captain.

The Hagerstown Fire Department is mindful of our past but continue to look for new opportunities to improve the services we provide to the City and its visitors.

During the summer of 2014, The City of Hagerstown Fire Department realized the need to develop a plan to take the fire department into the future. Initiated by Fire Chief Kyd Dieterich and chaired by Battalion Chief Mark Cleck, a Strategic Planning Committee was formed to develop the Department’s first ever Strategic Plan.  Members of the committee consisted of fire department command staff, city volunteers, representatives from the Hagerstown Professional Firefighters – Local 1605, a retired Battalion Chief, and a community member at-large.

Information for this plan was obtained through surveys developed by the committee.  These surveys were delivered to members of the community through a web based questionnaire.  A second survey was developed and sent to organizations that the fire department interacts with on a daily basis, i.e. mutual aid fire departments and other city services.  A third survey was developed for questioning of fire department staff and volunteers. This third survey was facilitated In January 2015 by individuals outside of the organization during a series of structured meetings intended to promote positive interaction between personnel and an independent facilitator.

Upon completion of the surveys, a S.W.O.T. Analysis (Strengths, Weaknesses, Opportunities, and Threats) was done to determine what areas needed to be addressed.  Upon completion, the Strategic Planning Committee clarified and rewrote the fire department’s mission, vision, and core values.  The following strategic goals were identified for the fire department as well:

4.    Lack of effective communication within the organization.

This strategic plan is intended to be used as a guide for the City of Hagerstown Fire Department over the next five years.  It should be viewed as the first step toward effecting and implementing change within the organization.  The strategic plan should be reviewed and updated annually to reflect changes in the current environment of the fire department and adaptation to those changes.

The strategic plan will be made available in it's entirety to the public in the future. 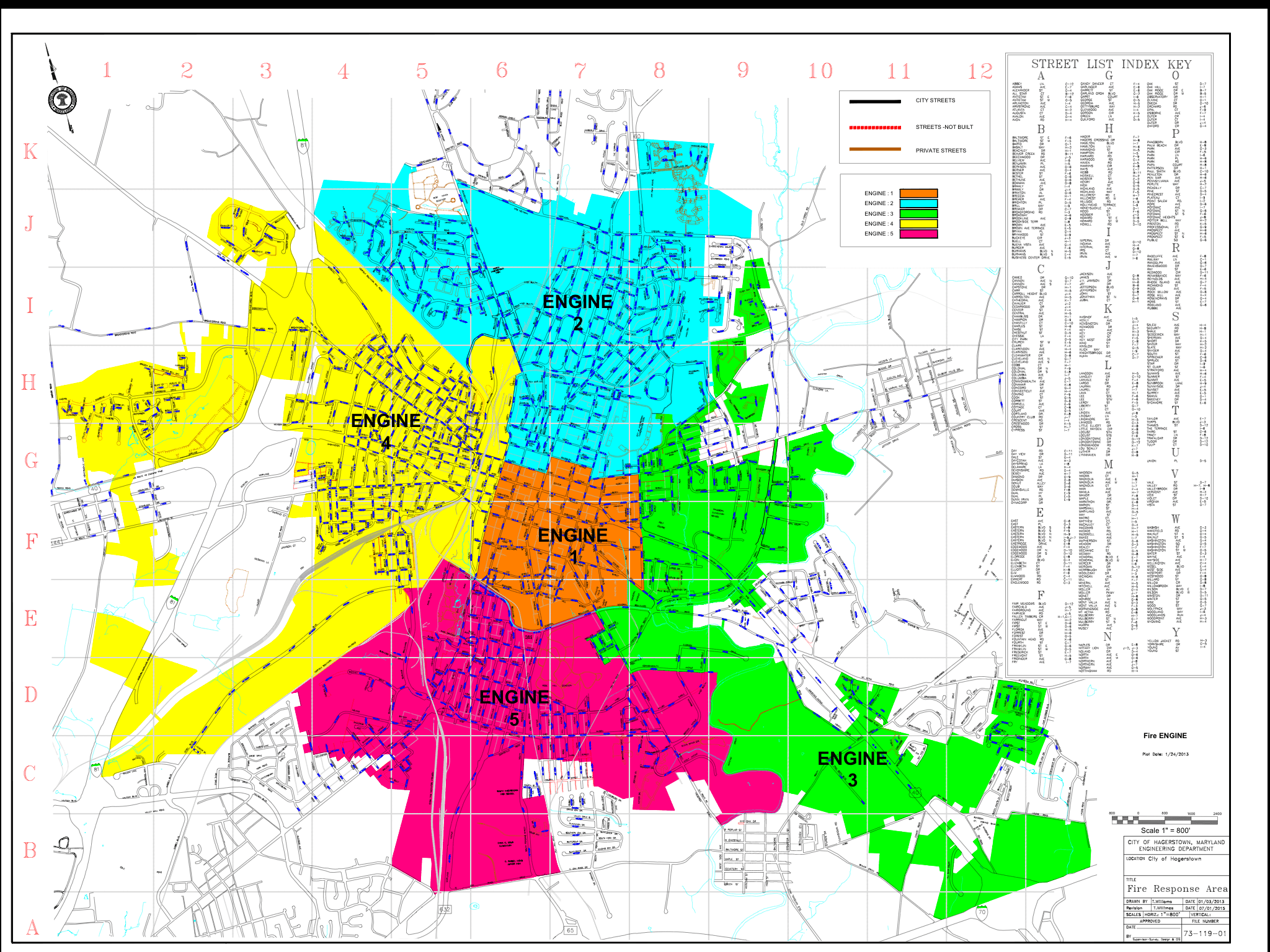 Through significant annexation over the years, the City has grown far beyond it's original boundaries. As such, this has created a very unusually shaped City.

This unusual boundary can make public safety more challenging. The picture shown indicates the local response area for each of the City's five engine companies.

The unusual boundary is not unique to the City fire department. As you can see, there are areas where a City fire company must drive through an unincorporated area to reach their destination. This same challenge is true for the county fire companies immediately surrounding Hagerstown.

The City of Hagerstown Fire Department actively works with the four surrounding county fire companies and maintains automatic aid agreements to ensure the most appropriate response to our citizens regardless of jurisdictional boundaries. 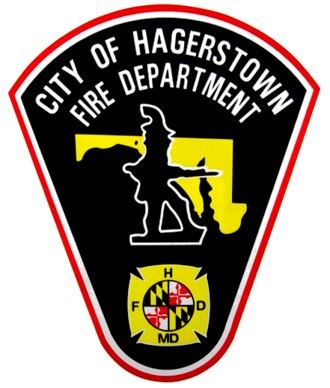